Redressing the balance: myths and realities

To provide guidance on working practically with Roma families

This section covers three issues often cited in connection with the Roma:

The sources of violence against Romani women are complex, varying among and within communities where it takes place.

There is undoubtedly domestic violence within Roma households, as there is within other families. There are clearly links with hierarchy, stress, poverty and alcohol and drug abuse and to mental health issues. However empirical evidence is hard to find due in part to the cultural taboos and attitudes within the community.

Commenting on the situation in Central and Eastern Europe, the UN Children’s Fund (UNICEF) notes that:

"the increase in poverty, unemployment, hardship, income inequality, stress, and adult mortality and morbidity (…) suggests that there is a rise in violence in society, including violence against women.

These factors can also indirectly raise women’s vulnerability by encouraging more risk-taking behaviour, more alcohol and drug abuse, the breakdown of social support networks, and the economic dependence of women on their partners."

Behaviours that challenge traditional preconceptions of Roma men's authority and women's submissiveness to her partner and family are frequently cited as justifications for domestic violence.

This is something that is only now beginning to change as more young Roma, particularly women, receive an education, have the freedom to mix with others from different communities and come to understand that they also can make changes within their community.

Evidence points to an assortment of categories of children from the various Romanian Roma communities that beg, either as the main way of earning a living or a top up as and when necessity dictates.

Firstly, there are some groups/teams or individual youngsters going out in some kind of organised way, often with a more mature minder who keeps an eye on them and who may or may not take a cut of what they make.

This is most prevalent in major cities, particularly London, and might (or not) be linked to other ways of making money, picking pockets, bag snatching, selling brass jewellery, washing car windscreens and so on. They can be male or female. They are usually linked to each other through the extended family or community.

Secondly there are the family groups; usually women, often with small children. The women are aged normally between 12 and 25, who are likely to go anywhere where they anticipate crowds. In London they are often seen on the tubes and buses until removed by the transport police. They also work in popular shopping centres and tourist attractions and bus and train stations.

The fact that so many of these women have children with them is something that causes concern and media debate, with discussion about children being doped with paracetamol or alcohol for example, to get them to sleep whilst the mothers work.

Although this may very occasionally happen, it is not a widespread habit. Most young Roma children are used to and happy to sleep close to their mothers for long periods.

However, these semi-legal and illegal activities are of a particular concern when the older children do not attend school and/or are unable to access services including healthcare as a result of their minder's decision to take them out begging.

Do you remember reading the following article a couple of years ago?

‘When police made a series of dawn raids on houses across Slough last week, it was hailed as a blow against modern-day Fagins who were parting poor Roma children from their families and forcing them into a life of crime.

‘The media was invited along as officers wearing body armour smashed down doors and carried children away - apparently to safety.

‘The face of one of these children appeared on a tabloid front page the next day under the headline: "Fagin's heirs".

‘In the nine days since the raid all but one child has been returned to the Roma community in Slough, according to a Romanian diplomat, and none of the 24 adults arrested at the scene has been charged with child trafficking offences.’

Taken from: “From brilliant coup to cock-up. How the story of Fagin's urchins fell apart: High profile raid and lurid claims, but no one is to face child trafficking charges”

The 2009 research study ‘Roma living in the UK’ found that trafficking of young Roma from EU Member States is proportionally rare.

Some Roma adults do not believe they are engaging in trafficking (for the purpose of labour or other exploitation) if a group of young people (under 18 years of age) to whom they are related, are taken abroad with the consent of the parents in order for them to be able to work and send money back to their families.

It is a questionable practice, although this helps the family to survive poverty, improve their standard of living generally and in some cases enables the family to purchase land or build a house in their country of origin.

There is also some anecdotal evidence suggesting that there are a few people (often non-Roma) in the UK who do traffic groups of Roma, including those under 18 years of age, with whom they have no family connection, for the purpose of sexual and labour exploitation and commercial gain.

The situation is therefore far from the ‘Fagin’s heirs’ story; although in existence and therefore a concern for the people affected, the trafficking of Roma young people remains ‘proportionally rare’. 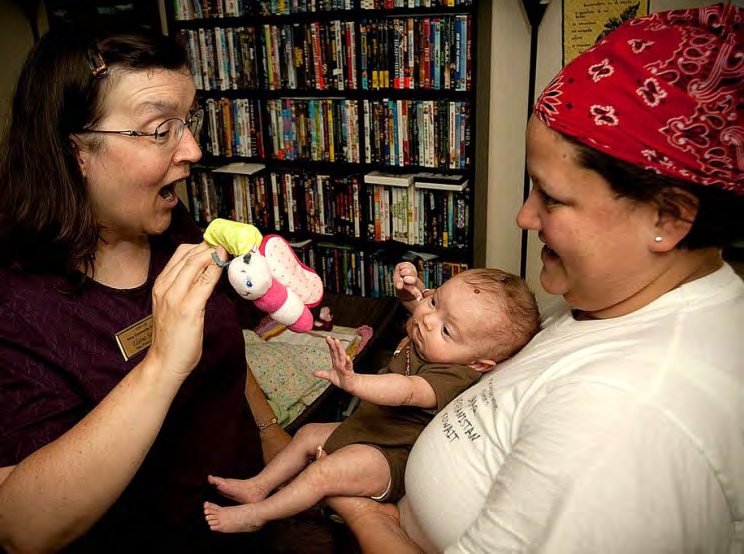 You are a health visitor. You visit a Roma family for the first time; there are a crowd of people in the house including many children.

Mum and new baby are in the midst of what seems to be chaos. You observe:

What conclusions do you come to? Decide whether you agree or disagree with the statements below and drag them into the relevant columns.

Once you have finished, listen to the sound file below to hear a health visitor talking about her visit and the wider issues of parenting and working with new communities.

Update Required To play the media you will need to either update your browser to a recent version or update your Flash plugin.

The following table shows the issue raised in the previous activity and possible action to reduce barriers and increase understanding. Make a note of 2 ways you could facilitate each action.

Final quiz: what do you remember?

Q1. What is the estimated population of Roma in Europe?

Answer: The estimated population of Roma in Europe is 10 – 12 million

Q2. Within Roma communities, is childbirth considered to be the concern of:

Answer: Within Roma communities, is childbirth considered to be the concern of women only

Q3. According to the 2009 research study on Roma in England, how many people were living on average in a Roma household?

Answer: According to the study, on average of 6 people were living in a Roma household.

Q4. In Slovakia, the life expectancy of Roma women is how many years less than in the majority population?

Answer: The life expectancy of Roma women in Slovakia is 17 years less than in the majority population.

Q5. Which of the following diseases are endemic among Roma (tick all relevant):

Answer: Both Hepatitis and TB are endemic among Roma.

Q6. In Roma society, are older relatives are:

Answer: In Roma society, are older relatives are treated with respect 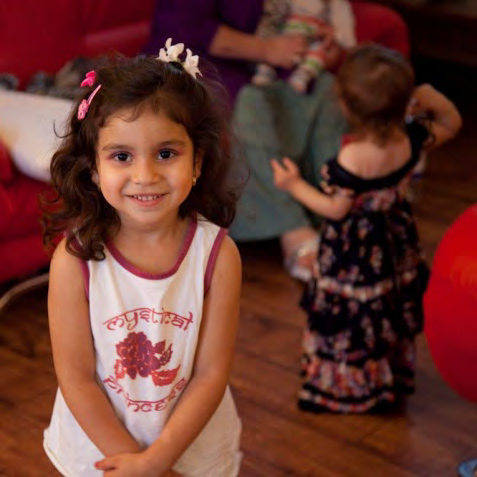 The fact is that although each of these issues are in existence, their levels are often over-inflated by negative media coverage.

This, as is the case with the wider community, has the impact of driving community members away from support.

At the same time, denial of the existence of these issues results in a lack of awareness building and action on protective factors and alternatives.

Work is needed both within services to build awareness and with communities to gain trust and share information. The good practice examples resource offers more detailed information of projects which have successfully sought to bridge this gap.

Concerns elicited through holistic and culturally competent practice should not be ignored, please refer to the Safeguarding section for considerations and guidelines.

In this section, you have learnt that:

The aim of this training has been to increase understanding and confidence of health professionals.

It does not aim to create experts, but to give you useful awareness, tools and signposting to strengthen your working practices with members of the Roma community in the UK.

In the five learning units, you have familiarised yourselves with the following areas:

Through these units, you will appreciate the following:

Further signposting and support can be found in the Resources section.

TS4SE can help you to reach your communities