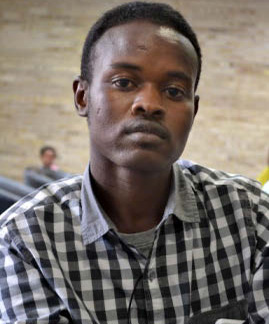 Refugees and migrants are, almost by definition, resourceful, resilient and courageous – they have had to be to reach the UK. This resilience provides a considerable measure of protection against the development of mental health problems, but for some individuals the stresses inherent in migration, particularly forced migration, may prove too much to bear, and mental health problems such as clinical depression, anxiety or the symptoms of post- traumatic stress disorder (PTSD) may develop.

Mental health and physical health are indivisible, and are only presented separately in this resource pack for convenience.

This module does not set out to give you a list of mental health problems suffered by migrants. Instead, it will help you to understand the possible causes of the psychological distress.

This unit is introductory – further information can be found in the resources section here.

Take care of your own mental fitness; hearing extreme experiences can be harrowing, and vicarious trauma is a possible consequence.

The 3 stages of exile

The journey into exile can be divided into three stages, with stressors to mental health at each stage. Click on each one to find out more:

"When I first arrived, what mattered to me was that someone, anyone, acknowledge me as an individual. It didn’t matter who it was – the bus driver would do."

Eisenbruch: describes the massive social loss of all that is familiar as ‘cultural bereavement’, and this is probably an inevitable part of exile.

Someone who has fled their country, seeking safety, has lost not only their family and loved ones, but their culture, their community, status, job, home, land, currency, a familiar climate, vegetation, architecture, a society which functions in a way they understand, and a language that is part of their birth-right and in which they can express themselves effortlessly, without having to grope for the right word.

Murphy: "...the sudden violent dispossession accompanying a refugee flight is much more than the loss of a permanent home and a traditional occupation, or the parting from close friends and familiar places.  It is also the death of the person one has become in a particular context, and every refugee must be his or her own midwife in the painful process of rebirth."

Launch the video to hear about social and cultural loss.

"Our lives are like the shattered globe at the Imperial War Museum North – we build a new life from the pieces, but it is never the same life. That has gone forever."

Cultural factors can have a profound significance on an individual’s ability and willingness to turn to mental health services for help with their distress.

Launch the audio file below to hear a view of mental health from Central Africa.

Update Required To play the media you will need to either update your browser to a recent version or update your Flash plugin. 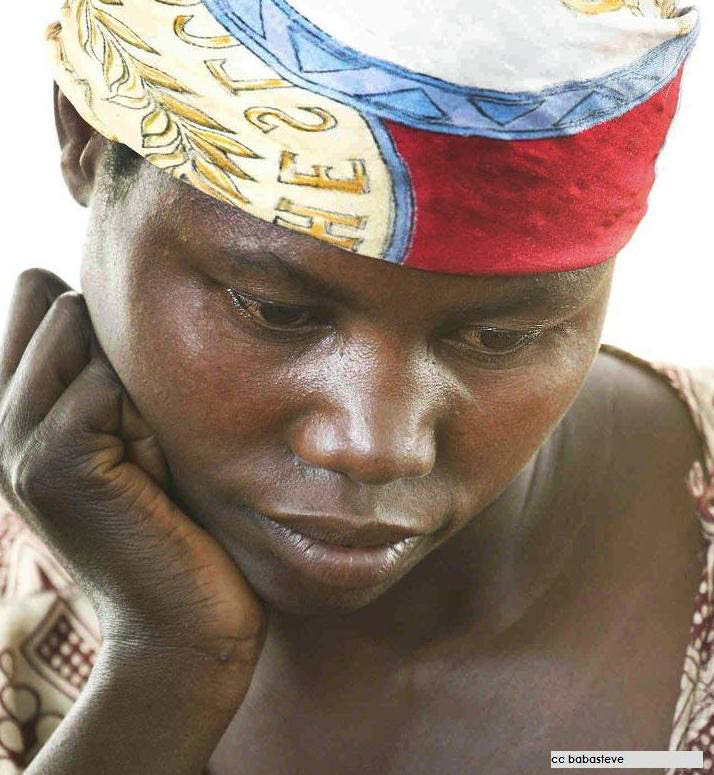 Understandings of mental health vary greatly between and within cultures, and may be very different to that of professional staff trained in Western systems, leading to mutual incomprehension.

The stigma of a diagnosis of ‘mental health problem’ can be profound and may serve to isolate the individual from the support of those he or she would otherwise rely on.

Western culture is largely egocentric, thinking of the individual as autonomous and separate from others.  Non-western cultures tend to be more sociocentric, the individual seeing him/herself as indivisibly part of a group, whether family, village or tribe.  Because of this fundamental difference talking cures such as counselling and psychotherapy, which assume a degree of autonomy, may not be appropriate, at least in the early stages of life in the UK.

Many people are reluctant to talk about past trauma to strangers, and this may not be a culturally familiar way of dealing with unhappy memories.

"When I first came to the UK counselling would not have helped my sadness, but getting out and about did."

Trust and fear of the betrayal of trust

It takes time to build trust, and you should not expect to do too much in one session. Allowing the individual time to assess you and decide whether they wish to confide in you, maybe by discussing neutral issues, will put some control back into his or her hands.

Disclosure of ill-treatment is very difficult, particularly if there has been a sexual component to the torture. Feelings of shame and guilt can be overwhelming.

The offer of practical support and advice can help to build a relationship, but don’t promise what you cannot deliver.

Explain the concept of confidentiality – that you will not repeat anything to anyone without permission (unless issues of safety override this). The word ‘confidentiality’ does not translate easily into many languages – ‘secrecy’ may be the nearest synonym. People may fear that information about their illness may spread to others in their community, possibly through the interpreter. 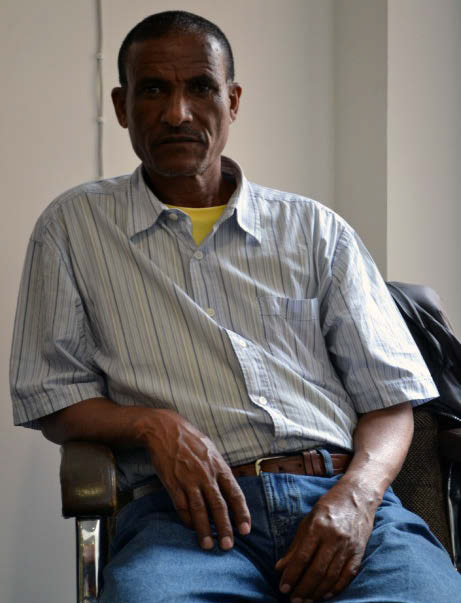 Distress and emotional states are perceived and expressed differently in different cultures.

There may be no words for depression, stress etc. because underlying concepts referring to mental states may be very different.

Sadness and worry may be seen as existential problems, part of life, rather than a ‘mental health problem’.

Idioms of distress, the way in which people articulate the way they are feeling, vary between cultures.

There are almost always differences within cultural groups as well as between them.

Always take into account that within the same national groups, differences in levels of education, social class, degree of urbanisation and outlook may mean that individuals adopt different viewpoints; the world view of someone who is highly educated and from a city will, in many ways, differ from a person from the countryside who has received only elementary schooling.

Torture is the deliberate infliction of physical or psychological pain by a person or persons who have power and control over the individual.

As well as inflicting pain, the intention is to humiliate and degrade, to break the spirit.

People who have been tortured often have overwhelming feelings of shame, of being different from others, ‘branded’, and cut off from the rest of society.

These feelings are particularly acute when there has been a sexual component to the torture (as there often is, of men as well as women), and it can be very difficult for the individual to disclose what has happened to them.

Freedom from Torture is a national charity which works with survivors of torture, providing counselling and psychotherapy, practical advice and therapeutic groups.  They also offer training on working with torture survivors.

Common mental health problems may include:

PTSD is a collection of symptoms indicating increased arousal, including vivid flashbacks to extreme events.

There has been considerable debate about the appropriateness of this diagnosis in the case of refugees.

Others have argued that there is nothing ‘post’ about the traumatic experiences, and that life in the UK can, for some, be as damaging as the trauma of war.

"Trust, hope and a purpose in life are the best anti-depressants."

Despite the reservations discussed previously about the appropriateness of counselling for new arrivals, listening, bearing witness, validating experiences and acknowledging human rights abuses are usually acceptable, and can be very helpful.

The experiences related may be difficult to hear. If an individual with whom you are working trusts you sufficiently to talk about what has happened to them, try to listen. It will have taken a great deal of courage to reach this point, and the message, implied or stated, that the story is too horrific for you to cope with reinforces the feeling that what has happened cannot be borne, and may increase the feelings of shame which are often part of the psychological sequence of abuse.

Having an interest shown in one’s experiences and being treated with respect as a human being who has had a life before and after the events which caused the exile can strengthen self-esteem.

Take care of your own mental health. Acknowledge that the story can be very hard to hear, and the effect that it may have had on you, and seek clinical supervision, for example from a staff counsellor or line manager. 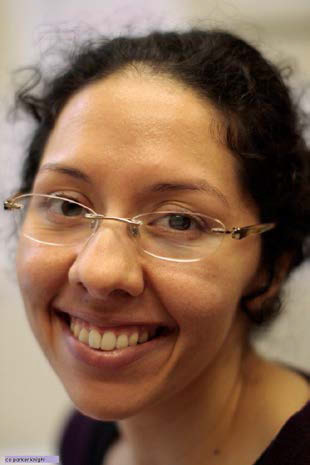 Don’t expect to do too much at one session – it takes time to build trust, and these are very complex situations.

Understandings of mental health vary throughout the world, and stigma may be a huge deterrent from using mental health services. Stigma may exacerbate the isolation of the individual.

People often have overwhelming practical problems. Signposting to people or organisations who can help, as well as providing practical help, will help with building a trusting relationship

Take into account the totality of the client’s experiences.  The person in front of you had a life before exile.

Support with the physical manifestations of distress such as sleep management relaxation techniques and explanations of the physiology of the fight/flight response can be helpful and will demonstrate that you wish to help.

Take time to brief and de-brief interpreters. The interpreter may have had similar experiences, and hearing descriptions of abuse may be distressing. See Communication (Module2).

Take a community development approach and work with the voluntary sector – that is where the knowledge is. Building the social capital of refugee and migrant groups will enable people to help themselves.

It is not the person who is broken, it is his or her world.

TS4SE can help you to reach your communities